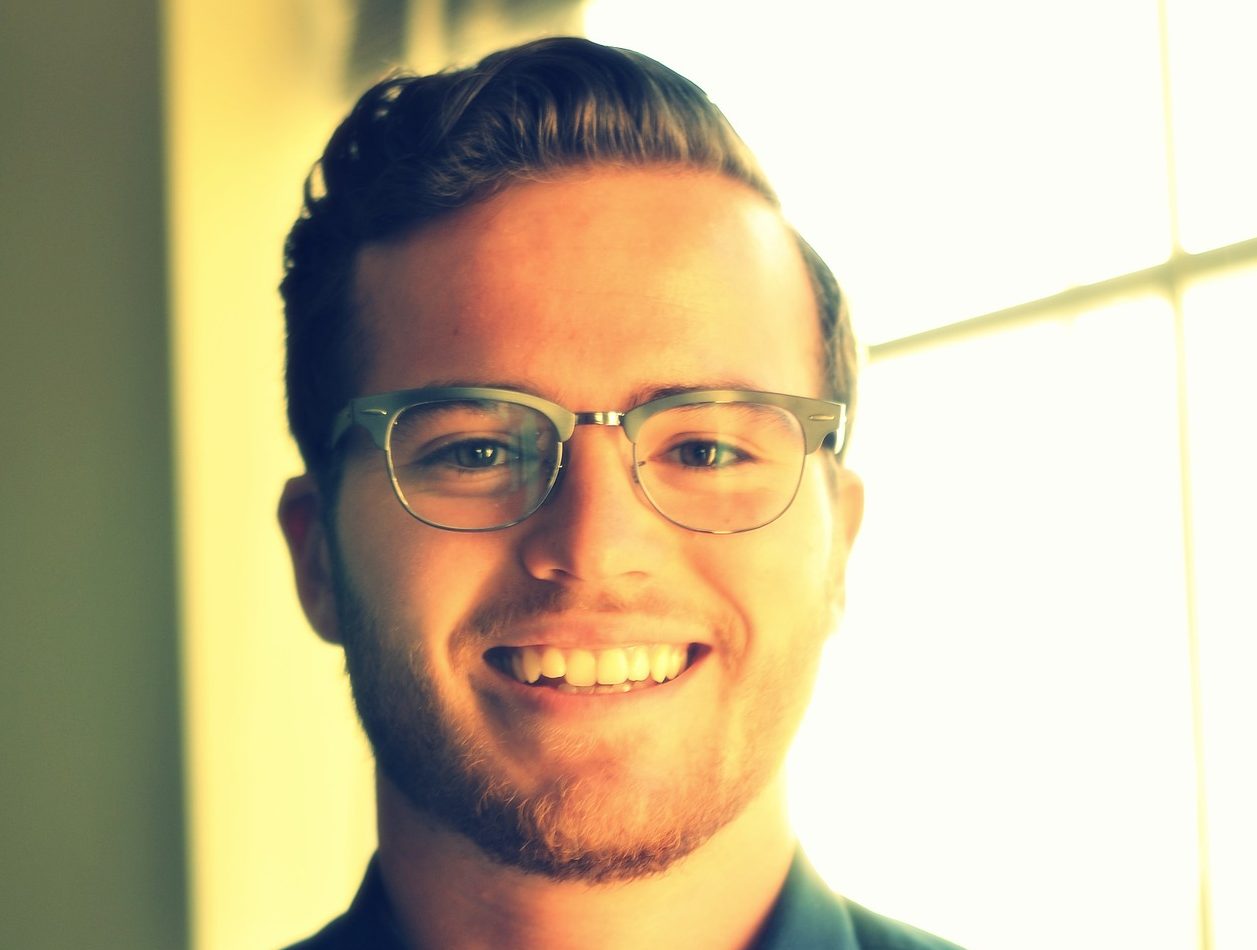 When you think of a carer, is your initial picture a female? You’re not completely off! Most carers are female. But have you ever wondered what it’s like for a male carer in a female-dominate ‘world’?

We ‘met up’ with Scott who shared his experience with us.

How did you get into care?

I started in care with having two guys living with me and my girlfriend. The guys had learning difficulties, one was deaf and had no mental capacity. We had them for several years until it became too much for my partner who simply stopped the care and asked that the guys be re-assigned. Caring for them was a hard but rewarding experience, as you’re on duty 24/7. For a living, I was driving a heavy goods vehicle (HGV), and I had only a few days off. I then had custody of my two children awarded to me from my last marriage, so I had to stop driving. I was now single father of two young children and starting a new life with them. Then the hard part – finding work that would suite my now minimised hours, trying to fit work in between school times and still be able to make a living. Searching for work, I stumbled upon an advert for a care worker. I gave them a call and agreed to work the hours I could around the kids.

So, you were stepping into a different experience of providing care. How were your first days?

After a week of training in the class, I was sent out shadowing for a few days. ‘This is ok’, I thought. Then I get sent out on my own. First day, I started at 0600hrs and finished at 2300hrs, with no breaks and little travel time. ‘This can’t be all the time, must be a one off!’ I thought. But no, I was wrong, every other weekend this was normal, thank God for grandparents! On my first day I struggled to find the right house and fumbled my way through the calls. It turned out to be a hell of a day.

Changing pads, I never thought I could do that, as I could barely change my children’s nappies without out going green! But, I carried on. Then I had a guy that was shouting and angry at everything and anyone. I asked that he didn’t talk to me like that I was there to help. Then I had a first client living with dementia. She had all her windows opened, lights on, and dancing around the room naked. ‘What the hell’, I thought, I closed the windows and curtains and encouraged her to go to bed. With this, she tried to pull me into bed, and I escaped with my life and clothes on!

The next day, I went to wake up my first client for the day, he was dead. He had died in his sleep. That was an experience I didn’t think I’d be having so early in the job, but I carried on with the rest of the day.

Wow! And over time did you find yourself to be more settled in the role of a carer?

Yes, I settled into my normal round of running kids to school, and then off to work. More and more clients were added to my rounds and I was starting to enjoy the work, chatting and having a bond with my regular clients. I became less embarrassed about giving personal care to female clients, and I was picking up on things they don’t teach you in the training. For example, spotting a urinary tract infection (UTI), and other bits of knowledge you pick up. I lost four stones from walking to clients, as it was a lot easier than parking the car and was cheaper too.

Then it got more demanding. I got called into the office and asked if I would do care in one of Her Majesty’s Prison. I thought, ‘yes, a bit of a change from the normal care’. The first time I walked into the prison and they shut the door behind us, and I thought, ‘this is a bit daunting!’. But I enjoyed the calls there. You had to have eyes in the back of your head though, and it probably helped that I’m built like a brick house and a keen rugby player. Outside the prison calls, I was asked to help with the more demanding clients, like one guy who shouted at carers and was rude to females. Then I was given two clients that had drink issues. With one client, I had to water down the wine a little bit more each time with the son’s approval, and this seemed to work well.

One time a colleague and I arrived at a client’s house and I found that the client’s husband was dead. I went downstairs to tell my colleague, and she fainted! The client was wondering around the house with Dementia. I had to put my colleague in recovery position and call 999, then sort out the client stepping over my colleague. My colleague was then taken to hospital, was all okay, just shock. Now I’m helping the client’s family grieve and sort things out.

That is an incredible care experience indeed! It’s an amazing job you do, if no one has told you that clearly enough.

Thank you. I love my job and enjoy doing it, just wish the pay was better, also that the companies are made to look after staff and train them better across the board. It’s showing now how important we are as we prop the NHS up, and they need us as much as we need them.

This week I took home £80, and that is with the expense of fuel and after-school club, because the company has taken on more staff and lost clients. So there’s a knock-on effect. Normally, I take home at least £300.

Sometimes people say it’s better for potential or new carers to know what they’re coming into, that it’s a rewarding experience but challenging too. Would you say there is a dark side to care, and what has been your experience in this regard?

I’ve worked in the private sector so far. One main thing about the private care sector is the hours are not exactly family friendly. You’re often on a zero-hour contract or a contract that won’t guarantee you enough hours. If you care in the community, you will not get paid for the hours you actually work. This is because they either won’t pay you for travelling from client to client, or the income does not cover your petrol cost, or the wear and tear on your car. There is also bulling from office staff, as well as other staff, but I suppose you get this in every sector. Also, the training you get is not standard, it can vary from good to poor depending on the company. This ultimately affects the quality of care given to clients. Really, the quality of care can differ depending on the company you go with.

While I worked at the prisons, and worked with other private clients, at this point, I had been working in care for some time. I actually then decided that I would look for something else, as I wanted to move on from normal care in the community. I went to the NHS as a trainee phlebotomist, but I missed care. So, I went back to another care company and this is where I found out how some other companies work. I was given rubbish hours with long gaps. Also, the clients’ medications did not correspond to the call times, and I was told to leave the medications out for the clients with dementia to take themselves. I had bumped into some care workers shouting at a client and taking cash from him. I told them to stop shouting at the guy and reported this incident. My hours were dropped a lot after this. I left and went to a new organization, but had made a call to the Care Quality Commission (CQC) about what I had seen.

So, at work, you’re mostly surrounded by female colleagues. You also have to provide personal care to female clients. Does it ever feel like the spotlight is on you? What is it like to be a male carer?

I’ve found from my years of experience in care, that we male carers are few and far between. It is a female-dominated industry and we could do with more male care workers. Of course, there are female and male clients who won’t want a male care worker, but there is a niche in the market for a male carer. Some (especially female) clients may say, ‘you’re a guy, you can’t do care’, but I can do it, and I enjoy my work too. Especially when you’re in good shape, the girls (colleagues) will love you for being able to roll a client over, or lift their back up, to help wash when they are in bed. I must say it’s not a well-paid job but you can make a living from it if you put the hours in.

You have to truly be a person who cares. I also found myself taking on more of a supporting role with amputees and clients who had suffered a stroke. One guy wouldn’t leave the house, but as we got to know each other, we ended up going out to the pub and having a meal every week and shopping. I also took an ex RAF (Royal Air Force) out to Duxsford for his birthday.

Many times, you go home thinking of your clients – ‘are they well’, if something isn’t right, you think, ‘what could I do differently?’, you really get to know them, and their family become as your own.

Being a male carer, I find that with personal care, the female clients tend not to be bothered with a male carer providing personal care. But you get the odd one not wanting care since you’re male. In fact, most of my clients wanted and demanded to have me if I had been away for a few days.

After I left that organization, my next organization was a newly started company and a breath of fresh air. I think I may have been the first support worker they took on and I was doing well. I gained my National Vocational Qualification (NVQ) level 3, became a senior staff, and enjoyed teaching and assisting new staff. I was given the most demanding clients though.

I’m now supporting live-in care workers, a team of staff at the office, and my own support work with four clients. I’ve found something to be interesting, now that I’m a senior and in a more supportive role, I have learnt how to somewhat predict the rate of turnover. I see how long new staff members will last, and I get to see which ones will do well. I’ve helped train several staff on my team who have gone on to become senior staff at other companies.

However, I left my job due to a change of management and the change in the ethics of the company. It was expanding and lost its person-centred care approach. It concentrated on profit and started to rip off the staff by not paying the correct amount for travelling time (mileage). So, I left. I’m now doing my degree in Care and would like to start my own company in the future.

We are interested in making satisfying connections between the providers of care and those who receive care.